An early arrival taught me a valuable lesson. 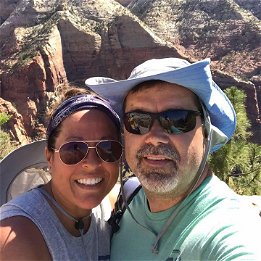 My pager beeped and I read the message, “911,” blinking on the screen. My classmates stared after me as I grabbed my books and dashed for door. I hurried the mile and a half from my college to the hospital where my wife, Julie, had gone into labor six weeks early.

As soon as our son, John, was born, we were terrified. The nurses rushed him off to the NICU where he was hooked up to a ventilator and received around the clock care. After a few days, Julie was released from the hospital. Leaving that night while John had to remain behind was one of the hardest things either of us ever had to do.

We had been married almost a year and I was finishing up my bachelor’s degree while working part-time. Julie was still getting settled into her career and having a premature baby on top of it all was overwhelming. Fortunately, both of us had understanding bosses and we were able to visit John in the hospital every day. We saw him as much as possible but in the back of my mind, I worried that I would get a phone call from the doctor about the worst having happened. The NICU is a serious place and John went there because he was in critical condition when he was born. 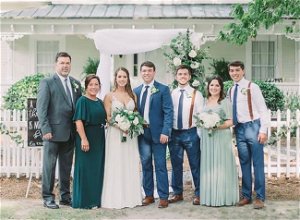 Our families were very supportive and lived nearby. They were able to help us keep going and get through that time, visiting with us at the hospital and helping wherever they could. After two of the longest weeks of my life, John was released into our care and came home for the first time. Other than the scare in the beginning and early delivery, he was a healthy baby boy. Through it all, I realized that no matter how much you prepare, life is going to hand you the unexpected. All you can do is pivot and figure out a way to get through.

I had that lesson impressed upon me again when my second son, Luke, was born. I had just started working in real estate full-time and thought I had a couple of months to get things going and build up my pipeline before he got here. Then he was born a week later, a full eight weeks early. It was the same as before in the NICU except since he was born even earlier, he had to stay there longer. Even though we were worried about him, and he was constantly on our minds, it wasn’t as terrifying as the first time. We knew what to expect and that made everything a little bit less scary. For me, it was a real kick in the pants to get going at work since I now had two children to provide for. I’ve been going full steam ever since. 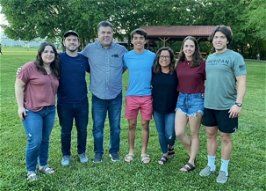 Family is the most important thing to me and one of the reasons I love Nashville so much. I was born and raised here with my brothers and sister. This community is my home. It’s where I played baseball, coached my children, and raised my three sons. I enjoy traveling, spending time with my family, and being outdoors. What I love most about my job as a REALTOR® is helping my clients find their best lives here in this community through real estate.

Whether you’re buying or selling a home, there’s a different solution for every person. We don’t all have the same needs and the perfect fit for your neighbor might be a nightmare for you. I always start off by listening to your objectives and go to work for you. This isn’t about me, it’s about your goals and helping you reach them. I believe in doing what’s best for my clients, even if others might not think it’s best for me. People are important, you are important and as a family man myself, I understand that you only want the best for your family. That’s what I will find for you, and it won’t end at closing. I will continue to be there for you and your loved ones whenever you need me as your lifelong REALTOR®.

By registering, you agree to our Terms & Conditions and that real estate professionals from eXp Realty in Tennessee and lenders may call/text you about your inquiry, which may involve use of automated means and prerecorded/artificial voices. Message frequency varies. Text HELP for help or STOP to cancel. You don't need to consent as a condition of buying any property, goods or services. Messages/data rates may apply. Additional information about data use is in our Privacy Policy.